I promised you the answers to my two earlier brain teasers, and you shall have them. Of course I was being unfair in those questions for two reasons; firstly the descriptions (and in one case the accompanying picture), though true enough, were deliberately misleading, and secondly because I was asking you in effect to read my mind and tell me what cities I was thinking of. There was method in my madness, however.
Question 1] deliberately described a city that could easily be modern-day Glasgow and its rivalry between the soccer teams of Glasgow Celtic with its green strip and traditionally Roman Catholic fans (the Bhoys), and Glasgow Rangers with its blue strip and traditionally Protestant, Royalist fans (the Huns). But that wasn’t the city I was actually describing. I was describing Byzantium or Constantinople (modern Istanbul) in the time of the Byzantine Emperor Justinian. The two teams – the Greens and the Blues – were rivals in the chariot races. Justinian himself supported the Blues, and the religious split was between Orthodox and Monophysite Christians. This is where a little unfairness comes in, because the young rowdies who supported both teams used to prowl the city dressed as Huns, rather than simply one set of fans. Moreover historians have lately begun to challenge the idea that the supporters of each team could fairly be identified with a discrete Christian movement. But it shows that I was prepared to bowl you a doosra (to bring a third sport into it).
Question 2] deliberately drew you towards Beijing, probably the most memorable encounter in recent years between civilians and tanks. But people who answered me privately had probably sussed that I was trying to pull your leg. Answers of Dublin, Glasgow, Lisbon, Madrid, Vienna, Budapest, Prague, and Moscow were given, each with some justification, although I did tell correspondents to eliminate from their thinking any occasions where the tanks had been used to quell a general uprising, or where people had woken up one day to find foreign tanks on their streets to bring about a regime change.
The city I was thinking of was, on this occasion, Glasgow. I was thinking in particular of 1919 when, fearing a “Bolshevik Revolution”, the British government sent ten thousand mainly English troops, armed with machine guns and bringing a howitzer and tanks with them, into Glasgow to confront workers who were striking for shorter hours. They used English troops fearing that Scottish soldiers would side with the strikers. 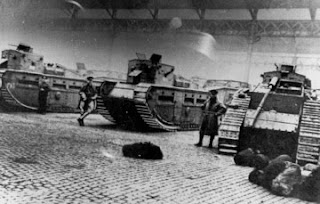 The effect of the 1181 law, by the way, no longer pertains in the UK, because of the concept of the Sovereignty of Parliament, by which Parliament may repeal or amend earlier legislation, with no enshrined exceptions within a codified constitution. Thus UK legislation is never like the “Laws of the Medes and the Persians”, whereas that accusation could be leveled at the Constitution of the USA, despite its utopian conception.

** The striking weavers of 1812 had intended to seize weapons from the Carron Company Ironworks.
Posted by Marie Marshall at 07:31

Marie Marshall
Liberation is inclusive, freedom is absolute, constitutions are written on paper not stone.

Only persons qualified to work with verbs and adjectives should attempt to read this page. Nouns, pronouns, and adverbs are safe by comparison, but children should only read them the under supervision of an adult.
There is also the risk of exposure to humour and to ideas of an anarchistic nature. American readers must be prepared for decidedly un-American spelling.
The origin of the occasional title "Diary of a glass-half-empty person" is to be found in the blogger's poem "Leaf 22", which can be found in her poetry book "Naked in the Sea".
Now just relax, kick back, and read...

Writers, poets, and one stand-up comic 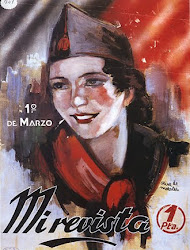 If you like my blog, here are a few things you can do:
1) Tell me.
2) Tell other people.
3) "Follow" it.
4) Link to it.
And please do leave comments. They are the life-blood of blogging and make it all seem worthwhile. Thank you...